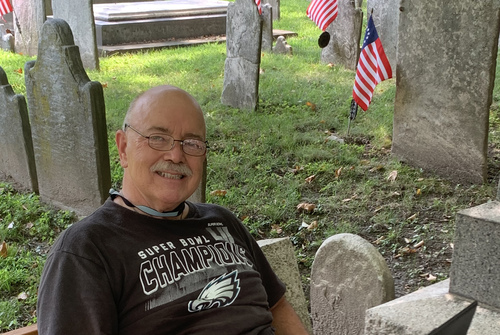 Dan Campbell received his B.A. and M.A. in American History from Rutgers University and his Ph.D. in American History from Temple University. He also received a J.D. from John Marshall Law School. He operated his own law office following his judicial clerkship in Gloucester County, N.J., and later worked for the New Jersey Civil Service Commission. He transferred to managing New Jersey state historic sites and performed that at various sites until retiring in 2010. He taught history as an adjunct at Rutgers University and Stockton State University. After moving to Philadelphia in 2018 he joined Old Pine Street Presbyterian Church and discovered he has eight ancestors buried in the graveyard. He has been a member of the Old Pine Conservancy since 2018 and has participated in writing articles, organizing materials, creating an audio tour, giving tours, and acting as Treasurer.